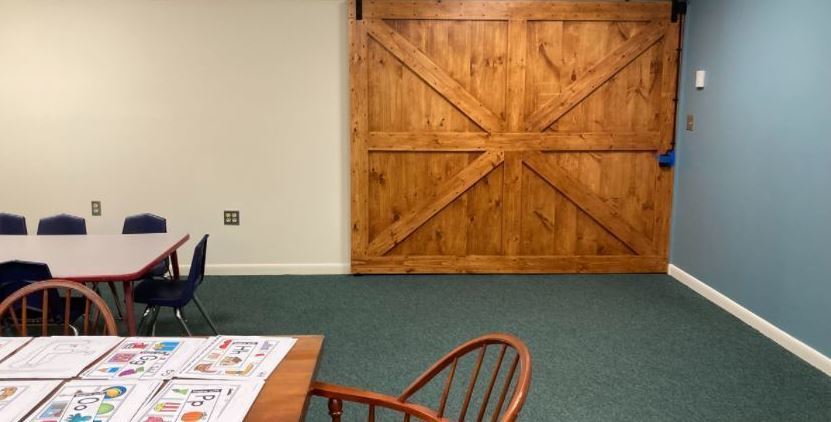 CLARKSBURG, Mass.  The elementary school's new pre-kindergarten program is off to a strong start, the School Committee learned on Thursday.

"We have 3-year-olds and 4-year-olds coming here every day," Principal Tara Barnes told the committee. "We have settled into routines and are figuring out all the components of a new program. We've been fortunate to be able to order all the materials we need.

The school last spring budgeted just more than $51,000 to support the creation of the new program.

"Having more than 20 pre-kindergarten children have the start of their education, that's a good benefit," North Berkshire School Union Superintendent John Franzoni told the School Committee. "With the demands and increases in standards, it's important for children to get an early start in our school."

And it is important to keep children in school after more than a year marked by remote learning. That is why the Clarksburg School is embracing the state's "Test and Stay" program, Barnes said.

"We're pretty excited about the option of the Test and Stay program, which the state is funding for all schools that want to participate," she said. "It allows us to do rapid tests for students, with parental consent, if there is a close contact in the school building."

In the past, children who were identified as close contacts in school of someone who tested positive for COVID-19 would be required to stay home and quarantine, potentially returning after eight days. Now, the school can administer a BinaxNOW rapid antigen test and, if the child is negative, he or she can stay in school if the family decides, Barnes said.

"It's a great option to have kids in school learning as much as possible," she said. "It's really difficult in a kindergarten class, for example, to figure out who is within 3 feet of someone else for more than 15 minutes.

"Safety has always been our priority, and we always err on the side of caution with quarantining. This is another tool."

Barnes explained that parents have to given consent in advance for their child to be eligible for the tests and, even with the consent form on file, the school still will notify families before administering a test to a pupil.

Franzoni noted that the Test and Stay option is only available for people whose close contact occurred on school grounds.

"The state has been strong about emphasizing that schools provide one of the safest environments for everyone in the building because of the protocols," he said.

"In a school building, inside the building, you're wearing a mask all the time, and you have improved ventilation. In our school, that's worked for a year plus. That's why the state is saying Test and Stay only applies to in-school close contacts. It also says you can only do Test and Stay if you have no symptoms."

The parent of a Clarksburg pupil who did have to quarantine for part of the young school year addressed the School Committee on Thursday with concerns about the level of support from the school during isolation.

Saying she was "dissatisfied" with the school's response to her child's situation, the parent described having to fight to get her pupil any remote access to the classroom.

"I don't feel parents like me should have to go through what I went through for kids to be part of the day," she said. "There should be a better plan for students in the future."

Franzoni said the commonwealth only recently said it would authorize any remote learning, and it would be allowed only in the case of COVID-19 exposure, not other illnesses. He and Barnes agreed that the school needs to develop a strategy for continuing instruction during quarantine.

School Committee Chair Laura Wood said she would put the topic on the agenda for the School Committee's next meeting. Barnes said her recommendation likely would be hiring a teacher dedicated to virtual instruction; she and Franzoni said they would reach out to other districts to see how they are accommodating children in that situation.

"It's not about our teachers not caring or not wanting to make sure kids are connected," Barnes said. "It's not as simple as people perceive, always that we just open a Zoom link and all the teaching happens. … I'm not saying that we shy away from things that are difficult, but we have to have a plan.

In other business on Thursday, the School Committee, which met outside near the school's entrance, took a field trip inside to see a new connection between the school and the town library next door. Clarksburg pupils now access the library through a barn door that has been installed in a space shared by the two entities.

"We have our speech therapist in that shared space during the day," Barnes said. "They leave at the end of the day, and the library can use that however they wish. The library and school have been working wonderfully together on all phases of the construction, all phase of the schedule around the shared space."